A worldwide criminal reform program that directly addresses the cause of criminality by restoring self-respect and thereby providing a new opportunity for offenders to become contributing members of society.

Criminon, meaning “without crime,” is based on Scientology Founder L. Ron Hubbard’s discovery that the path to true rehabilitation for offenders is helping each to “find out when he lost his personal pride. Rehabilitate that one point and you don’t have a criminal anymore.” Internationally, more than 10.1 million people are held in penal institutions, 2.2 million of those in the United States alone. 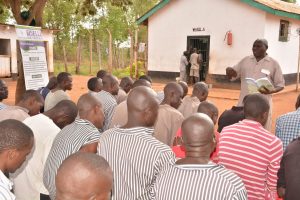 Recidivism rates often exceed 75 percent, but the Criminon Program is reversing the trend by rehabilitating offenders and returning them to society with life skills that enable them to lead productive lives rather than waste away behind bars. Today, Criminon is active in some 1,000 prisons and correctional facilities worldwide, with nearly 13,000 inmates enrolled in the program.

Country after country, wherever the Criminon Program has been instituted, government and prison officials have seen dramatic drops in recidivism rates—even among the most hardened criminal populations.

The support of our fundraisers and international donors from all over the world allows us to continue changing thousands of lives in 6 African countries, Kenya, Uganda, Tanzania, Rwanda, Burundi and Democratic Republic of Congo.

Read More About Us